Kim Kholiwe  is a South African social media socialite, entrepreneur, hostess, video vixen, and model. She is popular for posting many eye-catching pictures and videos of herself on social media. She has managed to gain popularity and also captured the heart of Mzansi’s social media users. Her fashion style has made many to follow her and kept them engaged.

Her professional Instagram pictures often display her curves and body which perhaps what her followers seem to return for. The model has managed to grow her Instagram account and can boast of over 500 thousand followers. She speaks two (2) languages including English and Afrikaans. 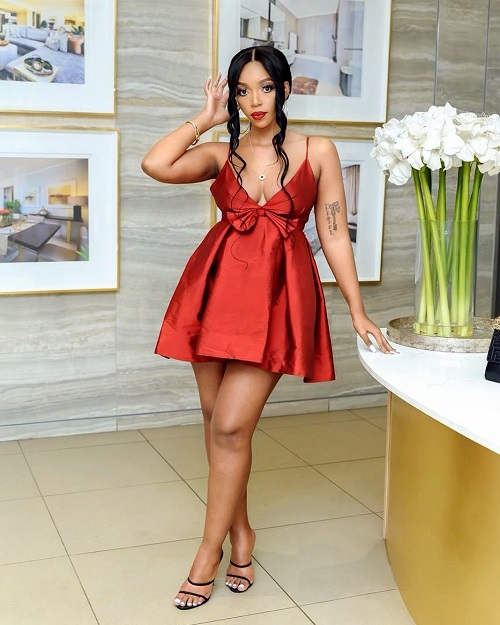 The social media star decides to keep her age private, Kim Kholiwe celebrates her birthday every year on October 21st.

Kim Kholiwe attended the University of South Africa (UNISA). Though that’s all on her academics that is known to online sources and the public.

The video vixen has two (2) friends that could be considered close to her. She is on good terms with Faith Nketsi and Tebogo Thobejane. Together with her friends who happen to be socialites and Instagram models they form the Triple Threat.

The three (3) models became a victim of controversy following accusations that they were into prostitution.

They waved these allegations after denying it and responded that those who hate them are being envious of their success and are trying to bring them down.

She was part of the popular twerking group in the country called ‘The Protwerkers’. The group was made up of five (5) ladies including Kim Kholiwe, Faith Nketsi, Refiloe Nktesi, Samantha Malinga, and Theresa Malinga.

Together with her friend Faith Nketsi, they have been starring on Have Faith, a reality show by Faith Nketsi on MTV Africa. 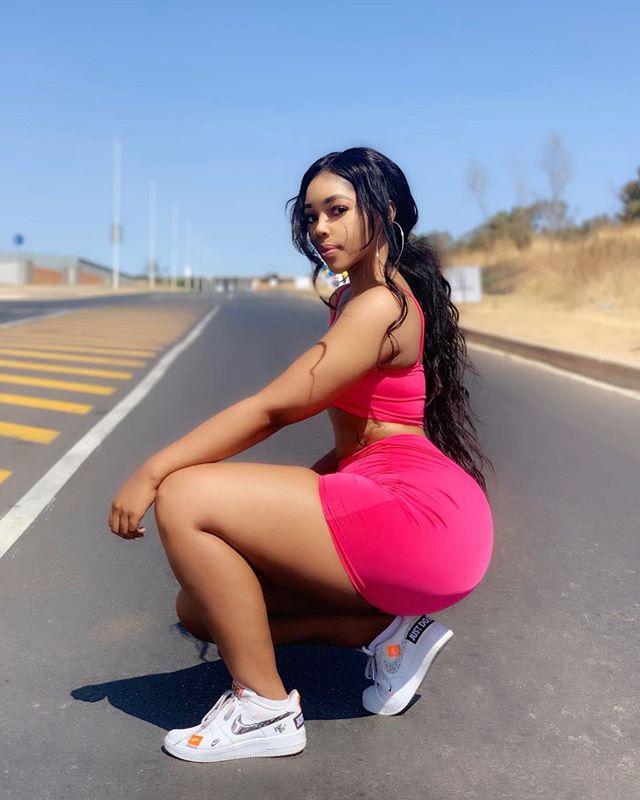 Her body and curves have got many asking if she went under the knife, many fans and followers ask for her “before and after pictures”. The model paid a visit to Beverly Hills in 2018 and underwent a “non-surgical chin augmentation”.

The process involved injecting fillers into specific areas of the chin in other to increase the size or projection.

It turned out a success and the happy entrepreneur expressed gratitude to the doctor responsible for the procedure, Dr. Simon Ourian.

Mzansi social media users seem to love Kim’s content on social media. On her Instagram account, she boasts of over 517 thousand followers and is also followed by other celebrities including Nosipho Zulu.

Kim has received congratulatory feedbacks from fans after she posted her baby bump. The socialite surprised followers and fans after October 27, 2020, after the trailer of “Have Faith” was dropped. On the trailer, it was visible that the social media star is pregnant.

After which, she took to the good news to Instagram sharing with followers and fans after dropping a picture. In one of her post she left the caption; “Thank you to everyone that made my day so special yesterday and all your heart warming messages. Mostly thank you God for blessing me with this gift, I can’t wait to meet my blessing”.