Former South Africa’s President Jacob Zuma’s son, Duduzane Zuma has come out gun blazing over social media rumors that he is romantically involved with Generations: The Legacy former star, Thuli Phongolo. The two’s dating rumors were sparked by Thuli’s social media post of her secret bae whose face was not revealed.

The man in the picture had a tattoo similar to that of the controversial businessman, Duduzane Zuma. Tweeps did not take much in pointing out this similarity and in no time social media went in a frenzy as people got convinced that Thuli Phongolo is romantically involved with Jacob Zuma’s son.

The rumors were further spiralled by the fact that quite recently, Thuli Phongolo has been making regular visits to Dubai, where Duduzane is now fully staying. Speaking in an interview with MacGyver on his YouTube talk show, Duduzane said, on the contrary, he has never met Thuli Phongolo in his life and only got to know of her recently after media speculations.

“She’s a beautiful young lady, I’ve only heard of her now, I didn’t know who she was until now. Beautiful young lady, she’s doing her thing and all the best in whatever she’s doing. But I do not know her, let’s just start there. Point number two, I’ve never met her and the third and obvious point, I’ll categorically deny it,” said Duduzane. 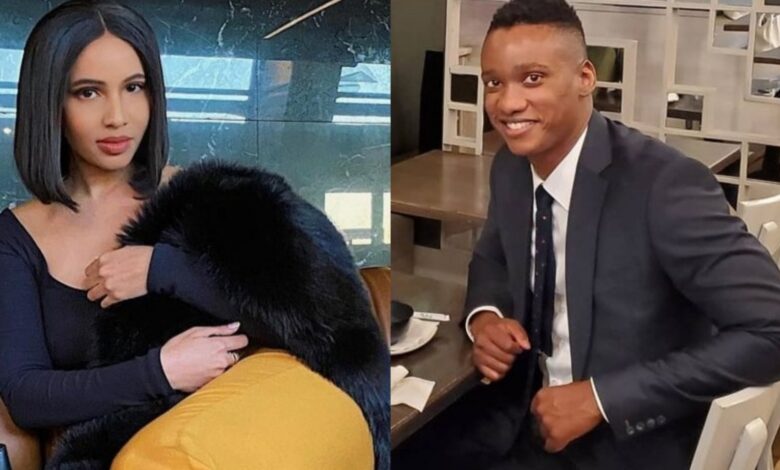 Duduzane has been off the market since 2015 when he married his beautiful wife, Shanice Zuma (nee Stork). Speaking about his plans to run for the presidency in South Africa, Duduzane said that he is looking forward to getting back very soon “to contribute to South Africa he loves so much.”

Watch the video below, Duduzane Zuma Speak On Dating Rumors With Thuli Phongolo

Generations The Legacy Mazwi cheats on Siphesihle with Fikile