End of the road for Zakes Bantwini and Nandi Mngoma?

Well known couple Zakes Bantwini and Nandi Mngoma discarded a shock regarding their marriage lately when they approached the high court to remove Nandi Mngoma from their joint estate worth over R 5 million. The showbiz’s power couple’s joint estate includes an R 3.5 Million house in KwaZulu Natal and R 1.5 Million property in Gauteng.

Bantwini, Who is the first applicant in the case, he said he got hitched to Mngoma on 8 June 2016 in Pinetown, KwaZulu Natal, in the community of property, according to Sunday World. He said before their marriage, Zakes Bantwini and Nandi Mngoma , who is the second applicant  in the case, Zakes had planned to be married out of the community of property without the application of the accrual system. 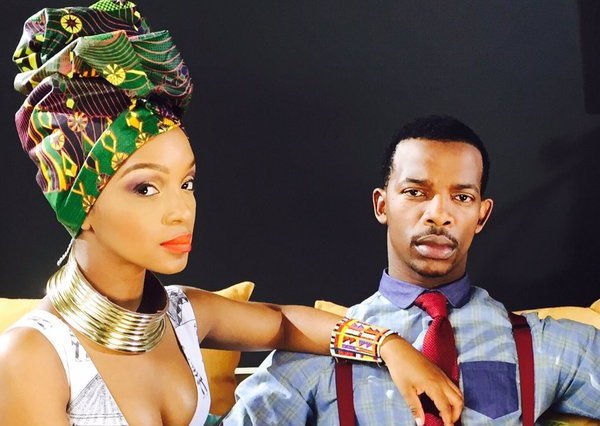 Zakes Bantwini’s did an affidavit which says “And as a result of a  misunderstanding between ourselves and the marriage officer, who conducted the marriage ceremony, we understood incorrectly as it now appears that he would be in a position to ensure that our marriage would be out of community of property without the application of the accrual system”.

“At all material times, it was the intention of the second applicant and myself to be married out of community of property without application of the accrual system.“

He also said he only discovered when he was discussing their personal financial affairs. The power partners have cited misunderstanding with Mngoma’s bank that they were married in community of property. The Muso, real name. Zakhele Madida, said Mngoma who was the face of Legit and Iconic soap brand Lux, doesn’t have assets to her name.

He, meantime, owns an R 3.4 million house in Morn-inside KwaZulu Natal, and an R 1.5 million place in Thornhill Modderfontein in Joburg. He even added that he and Nandi would enter into a post-nuptial notarial contract and would not prefer the accrual system to apply to post-nuptial notarial contracts because they individually have successful careers and independent sources of income.

The Skhanda love singer Nandi Mngoma signed a confirmatory affidavit agreeing to the dissolution of their in community of property marriage. The couples are blessed with two children.

Tags
End of the road for Zakes Bantwini and Nandi Mngoma?

Watch! Nasty C Finally Proves How He Would Be As An Exclusive Zulu Rapper