The multi-talented sensation and Generations: The Legacy actor, Mrekza is widely known for his crazy antics both on the show and in real life. But little is known about the actor’s love life. Could it be that he shows less of his love life than his hustle? 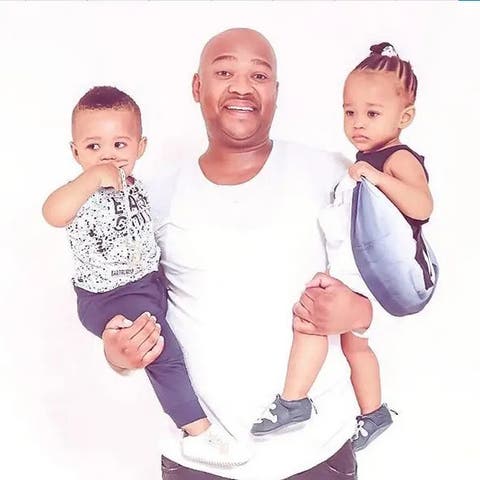 From the look of things, Kope Makgae (34) – or Tswyza to his fans – has an orthodox approach to how he presents his love life to the public. This is because the internet – and particularly all his socials are flooded by pictures of his kids, and less of his wife, Mpotseng.

The publication understands that Kope Makgae is now married to one, Mpotseng (surname not provided), whom he engaged in December 2017 on the day she bore him two beautiful babies. The two now have three kids, twins – Kopello Zoyl Makgae, a boy and Zoey Koepelletswe “Toto” Makgae, a girl. The twins now have a younger sibling who is still a toddler.

Speaking to Drum during the time the couple was engaged, Kope Makgae revealed that he had was engaged to “the most understanding fiance”. Despite the fact that he was a playboy before and had given up on love, Mrekza says the birth of his twins changed his heart and made him rethink about giving love a second chance.

“I knew I had to make her my wife. It was such a special moment for me,” he said.

Speaking about how the two lovebirds met, Mrekza says they met in 2015 through a mutual friend years ago but Mpotseng did not take him seriously at first.

So they went their separate ways till someday when she started liking his posts on social media. Kope has always joked about how his wife stalked him and Facebook resulting in him getting in the DMs to initiate a conversation that led to their marriage today.

“Relationships seemed like too much of an effort. But when she liked my pictures I saw a gap and went for her again.” Not much is known about Mrekza’s real life wife, Mpotseng, and the two have never publicly opened up about their marriage.

Cassper Nyovest & Sho Madjozi Announced As Part Of Headliners To The Lady Gaga ‘One World: Together At Home’ Event