Kgaogelo Moagi known professionally as Master Kg is a South African musician and record producer. He walked into the spotlight for his album “Skeleton Move”. The album made waves in the music industry and received several nominations and awards. He is really a source of inspiration to other individuals who wish to meet great heights in the industry.

Master KG’s career in music dates back to his young days. He started to play with beats on the computer at the age of thirteen. His late uncle bought him the laptop.

Later he connected with DJ Maebela and they began doing experiments on music software and “perfecting the air” together. His passion for music waxed strong and by the year 2016, he has already had full instruments and skills for making beats.

Earlier to his signing to Open Mic Productions, he was already popular for being the inventor of the “Bolebedu dance”. Master Kg later became a very popular artist upon the release of several hit singles on his first album, “Skeleton Move”. The album featured several renowned artists in South Africa including Team Mosha, Zanda Zakuza, Florah Ritshuri, Bongo Beats Soul, and culture.

He released the song “Jerusalema” featuring South African vocalist Nomcebo. The song was earlier released on the 29th of November 2019. Following positive feedbacks it received online, the music video was released on the 21st of December.

Later it was included on his second album in January 2020, with the same title. A remix of the song was released which featured Burna Boy on the 19th of June 2020. This propelled the song on the US Billboard charts. Jerusalema is now the most trending song all over the world. 2018 was very successful year in Master KG’s career as he bagged a number of nominations and awards both locally and Internationally. To begin with, Master KG won the best artist group in the African electro, at the AFRIMA Awards. Master KG was also nominated in three categories at the Limpopo Music Awards best dance song where Skeleton Move won.

Other nominations included best music video and song of the year. Skeleton Move also won song of the year at the SABC Summer Song 2018 award. He is a true embodiment of true passion and commitment in music. Master Kg is a very good role model for young men and women who are pursuing music and different  career path.

Master Kg’s net worth is currently pegged at $150 000, which is equivalent to R 2. 5 Million. He makes his money solely as a recording artist. And he is currently one of the richest South African Musicians .

Master Kg splashing some of the hard-earned cash he made from Jerusalema on luxury items and the latest is a Ferrari FF sports car. 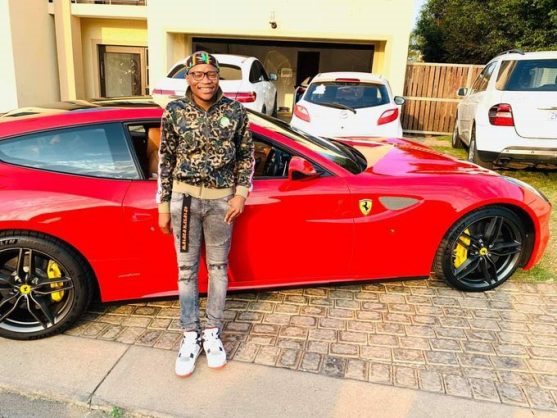 Things to do in Joburg this Valentine’s Day