This week the “Idols SA” judge took to Instagram to announce to his three million followers that the cookbook titled, ‘Dinner at Somizi’s – I am not a chef’ is now available for pre-order. 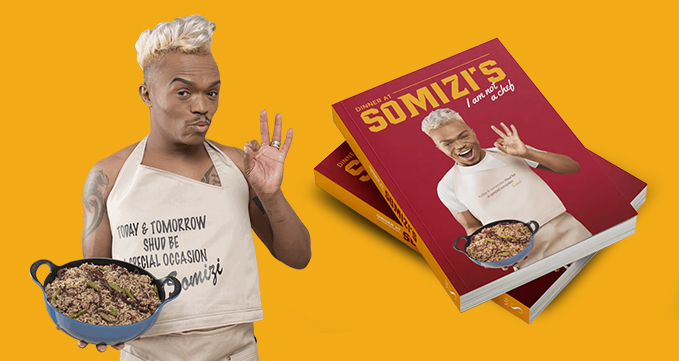 The cookbook is inspired by his family’s cooking and celebrates food that is proudly South Africa.

“I am super excited to tell you that my book is finally complete. Done, signed, sealed, and can be delivered to you. It’s not released yet, soon to be released in less than two weeks,” he said.

In the video clip, Somgaga also urged his followers to pre-order the book so he can break records when it finally hits the shelves. Fans and industry friends flooded his timeline with encouraging messages on his new venture.

COMPETITION ALERT 📢: Tag & Follow @LeCreusetSA & @tasticricesa . Post your Pre-Order receipt on your insta stories and tag me as well. pic.twitter.com/vhirrCfBLG

Ernest Msibi rejoins Uzalo after getting fired from Gomora

Actors who made Skeem Saam what it is