Motshidi Motshegwa is one of the highly respected and influential actresses in South Africa. With more than seventeen years of experience in the entertainment industry, she has been privileged to work with different production companies has also featured on different TV shows. Apart from that Motshidi is proud to have made appearances on various local and international films and series.

She was born in 1977 and the place of birth is in Alexandra, Johannesburg, Gauteng, South Africa. Moshidi Motshegwa is 43 years old as 0f 2020.

Motshidi Motshegwa is a mother to a daughter, though her daughter’s name is not made public. “I love being a mom, I love it! It’s almost like we are both two years old, it’s a whole new start for me, we are both growing. “The biggest lesson I want to teach my daughter is that she is loved. It is important for girls to be told this. That they are loved and are enough”. she shared with Press reader.

Motshidi Motshegwa is popular for playing the role of Florence Nxumalo in the featured film Drum (2004). She has made an appearance in several TV shows and in 2003, Motshidi made a guest appearance in an episode of Makemba, an American medical drama series ER.

In 1997, she landed the role of Zinzi, Nelson Mandela’s daughter, in Mandela and De Klerk. In 2007, she played the starring role in Stellenbosch, a Dutch mini-series. Motshidi Motshegwa also appeared in several other movies including Hijack Stories in 2000. In 2004, she landed a role in Critical Assignment.

Motshidi landed the role of ‘Uhuru Mokoena’ in Noah Ark, an SABC2 mini-series. She was among the contestant panelist on Where Were You?, an SABC2 game show (August-November 2008).

Motshidi Motshegwa is one of the judges on So You Think You, an SABC1 reality talent search competition since November 2008. She also helps David Kau, a comedian, to find top unsigned comedic talent in the country.

After five years of being off-screen, she also landed a role back on The River airing on Mzansi Magic. As she was one of The River cast members, she played the role of Malefu who lost her husband to the cold hands of death, and as a result, Malefu went through several struggles including dealing with a criminal son.

Although talking to move! during an interview session about The River soapie, as published on Press reader, she said:

“The honesty, simplicity and truth of the story blew me away. This is a South African story that is seldom told.”

But Unfortunately she had to leave, and a reason adduced to this was partly because of the strained relationship which she had with Larona Moagi, her on-screen daughter.

She is on the list of the richest actors in the country. According to Report RSA, Moshidi Motshegwa is estimated to have a total net worth of around USD$8 million. 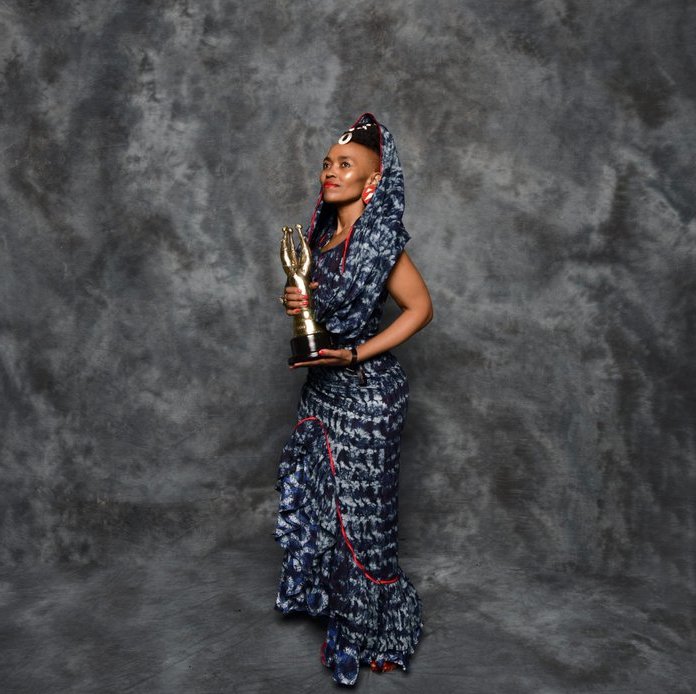 In 2006, she took home the ‘Best Actress in a Television Drama Golden Horn award at the inaugural SAFTA Awards’ in 2006. She won the award for her role in the series.

Maraza Fights A Site That Availed His Music For Free Download