On The River: Lindani Is Planning Revenge On Tumi After Humiliation

The River’s Lindani has done what few men can ever do in their lifetime: forgive their wife’s unfaithfulness. Well, that’s what he wants everyone to think. Underneath it all, Lindani is fuming because Tumi didn’t just cheat with any Tom, Dick, and Harry, she cheated with on him with his cousin; Mabutho. 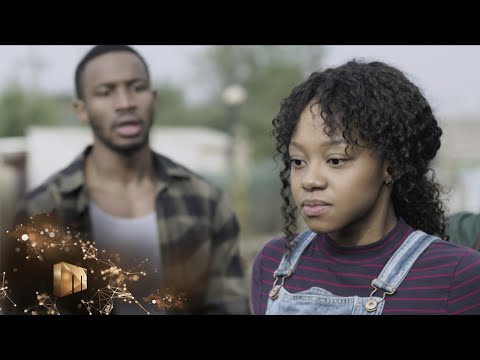 So, what will Lindani do?

Well, he has “forgiven” Tumi and talked her out of signing the divorce papers and taking him back. We saw the two moving back into the Dikana mansion and all shockingly lovey-dovey. Lindiwe (Tumi’s mother) is not happy about their reunion because she feels like Tumi can do way better than Lindani who is poor and goalless in her eyes. Lindani reminds Lindiwe of the life she left behind; Refilwe township.

He’s humiliated and more insecure than ever before. The affair has changed him forever; it has triggered a darker side of Lindani that we’ll see unraveling in a few weeks to come.

Tumi may have killed someone before but she’s not cold-hearted and manipulative like her mother, so she won’t see Lindani’s revenge plans or be aware of his games a mile away. The only person who will spot Lindani’s revenge is Lindiwe and she may have to eliminate him permanently in the end.

Lindani wants Tumi to hurt as much as he is and be more humiliated than he was. Lindani knows that Tumi doesn’t respect him and the only way he’ll feel like a man again is for him to cheat on Tumi with her best friend; Beauty.

Lindani dated Beauty and Tumi at the same time before and he knows that Beauty still has feelings for him. He’s going to convince Beauty that he and Tumi are actually over and going through a divorce. Beauty is going to fall for him again and the two will have an affair.

Tags
On The River: Lindani Is Planning Revenge On Tumi After Humiliation