Molefi Monaisa is most learned actor in Skeem Saam, He is portraying the role of Wallet, fun, unmarried, well spoken and intelligent as well. Molefi Monaisa is not married in real life like his character on Skeem Saam. Molefi, who’s turning 50 years of age soon once revealed that he does not entertain the idea of getting married because it stood in his way to ‘life’

His character made a debut on Skeem Saam in 2011 and has wowed viewers since, keeping them glued to their screens week in and week out with his pompous high sounding British prodigious lexicon. In real life, though, Molefi Manaisa has never set foot in that country, neither does he have the accent.

Molefi Manaisa’s Fans would also be startled to learn that he doesn’t have a tertiary certificate apart from an acting certificate he got from Method Actors Centre in Pretoria. 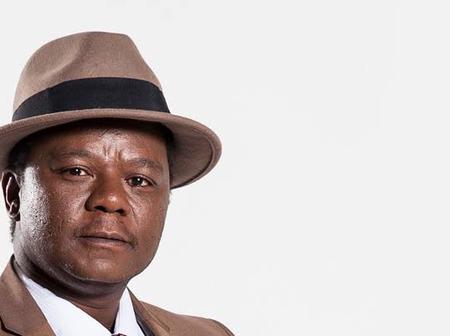 He says he couldn’t proceed from high school because his parents couldn’t afford to pay tuition fees for his university. As portrayed in the show, the 49 year old poet does not have a wife or children of his own. He prefers to live his bachelor life – alone.

He says he is very much happy alone with no family commitments.

It seems like that is the way so many people have chosen to live their lives nowadays – especially those from the said soapie, Skeem Saam.

Who is Priddy Ugly’s real name and girlfriend