The River: See How Tumi’s Acting Has Improved

Tumi has finally managed to win audiences over and has improved her acting. Larona Moagi who plays the role of Tumi Mokoena is one of the strongest actresses in South Africa. I don’t know any leading actress that has had eggs thrown at her from their big break and not resigned.

Even when Larona Moagi was blamed for the showlosing one of Mzansi’s most talented actresses; Motshidi Motshekgwa, she never quit or showed anger on social media. This is Larona’s big break! Before The River, she’d never appeared on TV for any roles. Fans of The River have trolled her from the beginning of the show until recently.

She somehow resembled a Lokshin-Bioskop-Mzansi actress who lacked emotion and fans had had enough. They even wished for her to be killed next, like her untalented on-screen husband; Lindani Dlomo.

However, fans are now singing a different tune since Lindani’s death. They actually saw her crying for the first since she joined the show, which she was never able to do before. It wasn’t even just about the tears rolling down her face when she rejected Mabutho, but the way she rejected him.

Her voice broke, she was sincere and her tone sounded like someone who was completely messed up, lost and heartbroken. The River fans are the most difficult fans to please because the show is the best in the country with the most talented cast. Unlike Muvhango, The Queen, Uzalo or Skeem Saam that has cast members that can somewhat act, The River’s actors like Gomora are a class act.

Fans are wondering whether she got training or whether she was really just shaken up by Lunga Shabalala’s departure from the show or whether she’s finally understood her character. Whatever the real reason is for her massive improvement in her character, fans are relieved and are praising her. 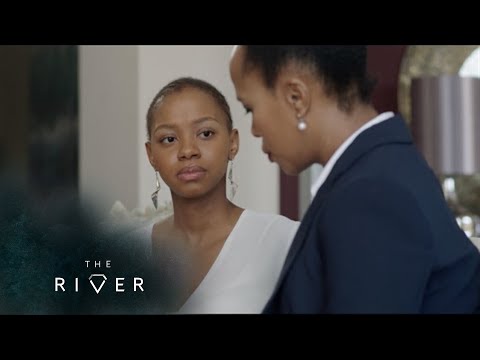