When marriage is about to reach tipping point, the husband and wife should put time and effort into fixing their ruined relationship. But what happens when one party has a foot out the door and they’ve already set their mind on filing for divorce? That’s the cazd with salob assistant Nonka (Thuthuka Mthembu) in Uzalo.

“After all the pain and distress caused by her doctor-turned-gangster husband Sibonelo (Wiseman Mncube), Nonka is certain that she wants out,” explains Thuthuka. First, Sibonelo forced Nonka into a polygamous marriage in July this year with Sphilile. And he is also putting their lives in constant danger by staying in his gang, adds the actress. “Nonka is determined to close this miserable chapter in her life, but Sibonelo isn’t willing to give up without a fight, particularly when he learns that she’s reconnected with her old flame.

Nonka recently bumped into her ex boyfriend Phelelani who is studying law. Within days, he’s gone from friend to legal advisor to shoulder to lean on. Sibonelo’s family is livid when they find out Nonka is spending time with her ex and suspect he is the reason for the divorce. 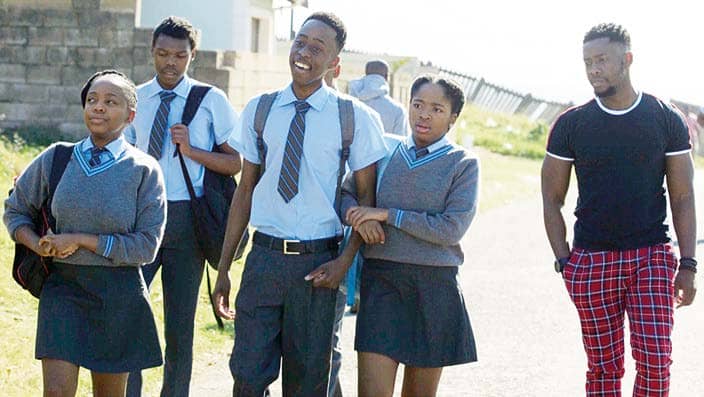 “They think she is having an affair with Phelelani but they couldn’t be further from the truth,” says Thuthuka. Further suggesting that Sibonelo is to blame for the fall of their marriage. Sibonelo tries to talk to Nonka into seeking professional help to try save their marriage. But she deems the exercise futile since her feelings for Sibonelo are pretty much non-existent.

“Nonka’s best quality is that she is selfless , sometimes to a fault. In her quest to keep her loved ones happy, she puts her divorce plan on hold. She needs to understand that no one, not even Phelelani, is going to save her from her doomed marriage. Only she has the power and choice to escape Sibonelo’s tight grip” warns Thuthuka.