Uzalo: Will Mamlambo and Nkunzi Get Back Together Again? Find Out Inside

Now that the leading actress; Dawn Thandeka King is leaving SABC1’s Uzalo for Mzansi Magic’s Diepsloot, Mamlambo will have a shot with Nkunzi. It’s no secret that Mamlambo was heartbroken when Nkunzi chose Mangcobo over her and its no secret that the only reason she left KwaMashu to pursue her calling was because she can’t love anyone else.

Another lady who could’ve taken MaNgcobo’s place in Nkunzi’s household is Gabisile who is also leaving the show. Mamlambo has never liked the idea of polygamy, she’s doesn’t want to share Nkunzi with anyone. She was a terrible friend to both MaNgcobo and Gabisile for dating and marrying their men, but now that the two of them are exiting the show this year, fans should expect to see the old Mamlambo returning.

Both Nkunzi and Nosipho will be heartbroken by Mangcobo’s departure and her exit will definitely affect the show’s ratings! We’ve previously seen how unhappy Mamlambo is with other men and how Nkunzi can’t stay away from her.

I predicts that the two will get back together and Mamlambo will move back into Nkunzi’s house again. Nkuzi’s mission has always been; to be wealthy and have his wives living in his house together, will he take another wife after getting back with Mamlambo?

Rumour has it that the actresses had some disputes with the management leading to her resignation from the show. We heard that the producers had disputes with various actors previously like Khaya Dladla, Siyabonga Shibe which led to their departures.

Dawn Thandeka King’s marriage also fell apart when she joined the show a few years ago because of the distance. Her ex-husband and children are in Johannesburg while she was in KZN shooting for Uzalo.

That is another reason for her leaving the show; she got a new job opportunity on a new production in Johannesburg. King has been offered a leading role in Mzansi’s new series; Diepsloot which is produced by Black Brain.
King has worked with Black Brain before on Lockdown, where she was a prison warder. 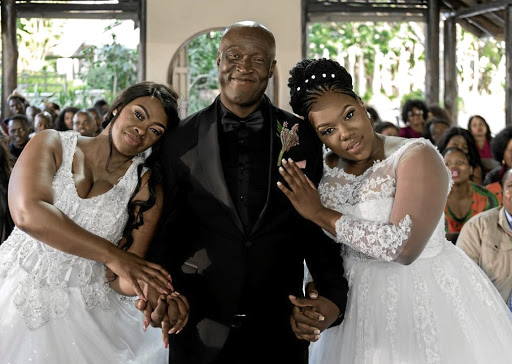 Considering reports that Uzalo was once been put on notice by SABC1 and were told to come up with creative storylines or face being cancelled, following months of “boring” content and declining viewership; Mangcobo’s departure will surely come with so many effects on the show.

It is unknown at this stage whether the show will replace Dawn Thandeka King.

Skeem Saam Actress Mokgadi Reveals Why She Will Not Get Married